Testimonials
“She has encouraged me to reach beyond myself and broaden my awareness of the world.”

“I came from Japan to become an actor in the US. I didn’t (don’t) speak good English. I didn’t have much previous experience in acting and I was too concerned about doing it right, which made me tense, nervous, timid, and scared at the beginning. I was too constrained to be myself. There was no freedom and I was too much in the head.  Lia Sargent was a movement teacher at my school at that time and her class changed me forever. Lia’s serious, yet fun, personality and her ability to see talent and creativity beyond language and to show how fun it was to act, freed me from all those constraints I put around me. It allowed me to reach my creativity without getting blocked.  She also helped me gain so much control over my entire body and I felt the entire body was responding to my mind quickly.   Lia is my best coach and she is awesome.” 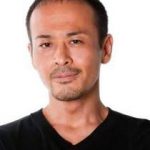 “I have observed Lia in the role of teacher. She is patient, kind, funny but holds students accountable for their part in their own growth and development. She challenges with humor and supports with humanity. The result is students who trust their instincts and have confidence in their abilities. I have had the privilege to work with her as an actor. She is thorough, imaginative and constantly questing for depth and dimension in the work. She is always well prepared and collaborative. She brings a positive attitude with her and uses humor to get through difficult situations. Lia sets a high standard for professional behavior and demonstrates her commitment to that standard with every aspect of her work. “ 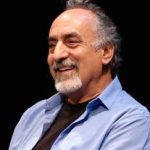 “Lia Sargent was my first acting coach in Los Angeles. I came into town roaring, thinking I could turn a musical theater degree and a stint in a Pinter one-act into a serious Oscar-worthy TV and film acting career. Immediately I realized, under Lia’s tutelage, that the only acting career worth having would be the one devoted to being playful and imaginative in the quest for presence and honesty. This required setting aside arbitrary hurdles for success and getting back to the love of the art. Her class was open, safe, and based around observations of experiences and human beings, brought into focus with physical movement exercises, unique improvisational games and intensive scene work. It was challenging, often funny, and full of opportunity for risks. That we eventually developed a show out of the classwork was not because that had ever been our goal, but because it was the natural pouring out of the joy Lia gave us for the craft and freedom of being connected to our work.” 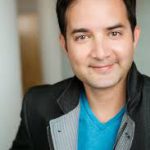 “Lia has worked with our company as a freelance Voice Over Instructor since 2015 and we have been thankful of her dedication and professionalism every time. The classes that Lia has taught for us has been for Japanese voice over and acting students with no English communication skills. We have seen difficulties in the past of students opening up and being comfortable acting in front of instructors’ due to the language barrier. As a Creative Director, it takes great effort to finding an instructor that have interpersonal skills, flexible and open-minded to cultural differences and of course can execute a fun and productive learning experience. “

“I’ve seen Lia in the booth directing countless episodes of anime episodes for television. In the middle of directing, I’ve seen her hop out of the studio and jump in to play her own lead character in the series, or add a voice where one was missing, all the while skillfully directing herself yet being open to direction from the sound engineer in the booth. I’ve seen her perform in countless memorable top-quality theatre productions around Los Angeles. ” Download recommendation 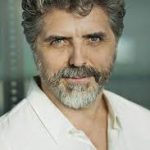 “Lia is the consummate professional. Engineering demo reels with her has been a pleasure. She knows what it takes to get the right performance from an actor, directing the talent to create the perfect demo. She has an incredible ear for the overall tempo and style of a reel and knows exactly what to fine-tune to get the best results. Lia is dedicated, hard-working, and knows her stuff. Her years of experience combined with her patience, kindness, and flexibility make her unbeatable to work with.” 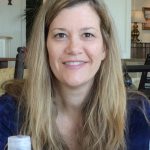 “I’ve been working with Lia for over 2 years and she has been nothing but amazing! She knows how to bring out the best in me as an actor. There have been times in which I have been stuck with line readings, etc. and she was able to help pull me out of those slumps every single time. She is honest about my work, but at the same time, sweet and helpful. She has taught me to love my work, without being too harsh on myself. I would not call myself a voice actor if I had never met Lia. Overall, Lia has been fantastic to work with and I highly recommend her.” 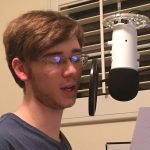 “Lia Sargent’s process-based approach to finding your inner language through body has left me with a whole new level of acting, performing and presenting. It has helped me in my skill to build from the ground and up around character work. By allowing the students to be included in the process I think we all reached a whole new level in our craft.  Beyond the artistic value, she has by her positive persona and thus, positive environment encouraged me to reach beyond myself and broaden my awareness of the world around me. She is an amazing multi-talent, not only professionally, but also in seeing each individual, supporting you and helping you to become the best that you can be. It is something I will always have with me in whatever I do.” 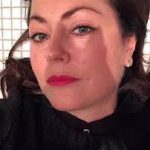 “Training in Lia Sargent’s class was one of the most exciting and invigorating experiences I had as an actor, and as a person. I acquired more knowledge and understanding of my craft in the year that I studied under her than I have in the entire 15 years since becoming an actor. Lia has such an amazing gift that makes you feel comfortable and secure in her class, which made it easy and effortless for me to take risks as an actor that I would not otherwise take. Not only did I gain a better sense of myself and my craft, but I made life-long and meaningful friendships with Lia, and with my fellow acting classmates. If you get the opportunity to study with Lia…..TAKE IT!” 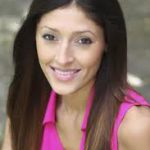 “Studying with Lia was one of the most extraordinary times of my education in acting. I started off being very uncomfortable in front of others, but eventually was able to find comfort in those same people, I began to trust them, to work with them, to open myself up to new ideas.  To get out of my comfort zone and be in a safe environment for exploration, play, and begin to have a consistency in my work.  With her support and guidance, I began seeing who I was as an artist and the many things I was capable of doing.  I don’t know if Lia taught me more about stage or life, but she certainly instilled in me the drive and passion to achieve more. “ 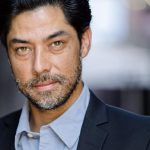 “Not only does Lia Sargent have an incredible Acting and Directing pedigree, she is also a diverse and seasoned performer in her own right. I personally found Lia a joy to work with. She has an innate ability to keep you focused, push your boundaries and evolve you as a performer through her own great talent, boundless enthusiasm and infectious energy.  I highly recommend Lia as a coach, whether you are just breaking into the industry or a seasoned performer wanting to take your craft to the next level.  “ 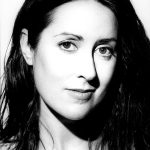 “I have known Lia since 2000 when we cast her in a world premiere play. She was and is an amazing actor and we stayed in touch and worked on other projects for the next few years. Since then, Lia has worked with SKP since 2010 as a casting director for us on many projects. She is diligent, thorough, has an amazing rapport with actors and is a consummate professional. With her background as an acting coach, she has a wonderful way of directing and working with auditioning actors to draw their best performances out.” 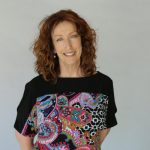 “Lia is so lovely to work with.  She’s just absolutely wonderful.   She’s generous of spirit and wants to bring out the best in you.  She gives knowledgeable, intuitive corrections that guide you to do better and better.  She builds your confidence.  She has a genuine understanding of technique and the business of the business.  I feel so lucky to have met her and to have her in my world.  Raised in the business, she has the depth of experience to advise and guide you.” 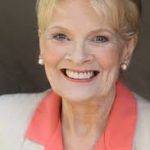 “I have been acting for almost 20 years, mostly in Japan. I started looking for a great acting coach in LA in 2009.  In 2011, gave Japanese actors the opportunity to try her workshop that my wonderful friend told me about it., I was afraid my English was not going to be good enough.
I got lucky and talked to her before class. She had such a great personality that soon I was so excited and I forgot to be nervous. I had a wonderful experience at the workshop!  I have since taken more workshops and private lessons. She has a great heart and great energy. I think actors who have different careers in different countries and actors of every level could learn many things about acting from her. Because she likes multicultural influences and she is really good at bringing out the best in people. She has given me a lot of support and encouragement in improving my career! “ 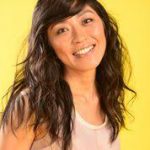 “What I love about working with Lia Sargent is she eases you out of your comfort zone into a world of incredible possibilities. I once climbed a fake mountain that had my muscles so sore I felt like I climbed the real thing. Still today her encouraging words and belief in me have walked me through some uncomfortable moments in life.” 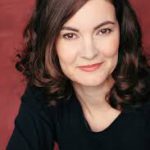 “Lia Sargent works hard, works YOU hard, and plays just as hard.  On top of all of that, she personalizes it to help actors get the most out of their training.  It’s that kind of personalized hard work that helps actors separate themselves from the rest of the pack, giving them more tools to use for auditions and roles.  I learned more from Lia’s voice class than words can say.  Do yourself a favor; work with Lia, and let Lia work with you.  It’ll do wonders for you.” 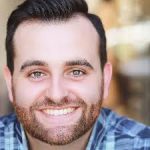 Where to start,
Lia has been by far one of the best acting teachers I’ve had.
She was always pushing us to use our imagination beyond what we knew our limits to be.
She encouraged us to breakthrough ourselves and not be afraid of doing silly stuff. To experience, to play, to explore. Not only with the body but also with the mind.
Many exercises she taught me I still use nowadays.
Her laughter in class was always a safety net for us. We were not afraid to try. Thus, we found within ourselves great characters and extraordinary situations to play on stage.
Never a dull moment. 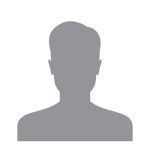